BE CAREFUL WHAT YOU SAY. 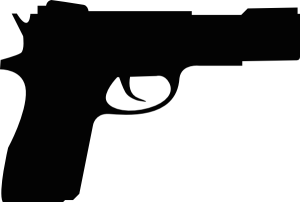 WHY ARE WE ALLOWING GUNS IN OUR DORMS & CLASSROOMS?

“Concealed carry does not transform ordinary citizens into superheroes. Rather, it compounds the risks to innocent lives”
— New York Times, 26 Oct. 2015

"A concealed-carry campus becomes a campus in which everyone carries a potential gun. And the potential gun is far more powerful than the real gun, because it both issues and revokes a threat all at once."
— "The Armed Campus in the Anxiety Age," The Atlantic, 9 Mar. 2016

“Nothing in our opinion should be taken to cast doubt on longstanding prohibitions on the possession of firearms by felons and the mentally ill, or laws forbidding the carrying of firearms in sensitive places such as schools and government buildings”
— Supreme Court Justice Antonin Scalia, District of Columbia vs. Heller (2008)